VF released their earnings today and raised outlook for the full year.

Since the previous quarter VF has announced the sale of the Reef® brand to The Rockport Group on October 4th. And on August 13th VF announced the intention to create two independent publicly traded companies; one apparel and footwear and the other jeans and outlet businesses.

The multiples have expanded quite a bit over the past few years and growth is slowing down. Despite raising the full year outlook and Vans® displaying double digit growth across geographic segments the share price took an 11% tumble. The figures below summarises the revenue, profit and margins by each product segment, the expansion of multiples in 2017 and 2018 and the organic growth by product segment, geography, sales channel and by the top 5 brands. 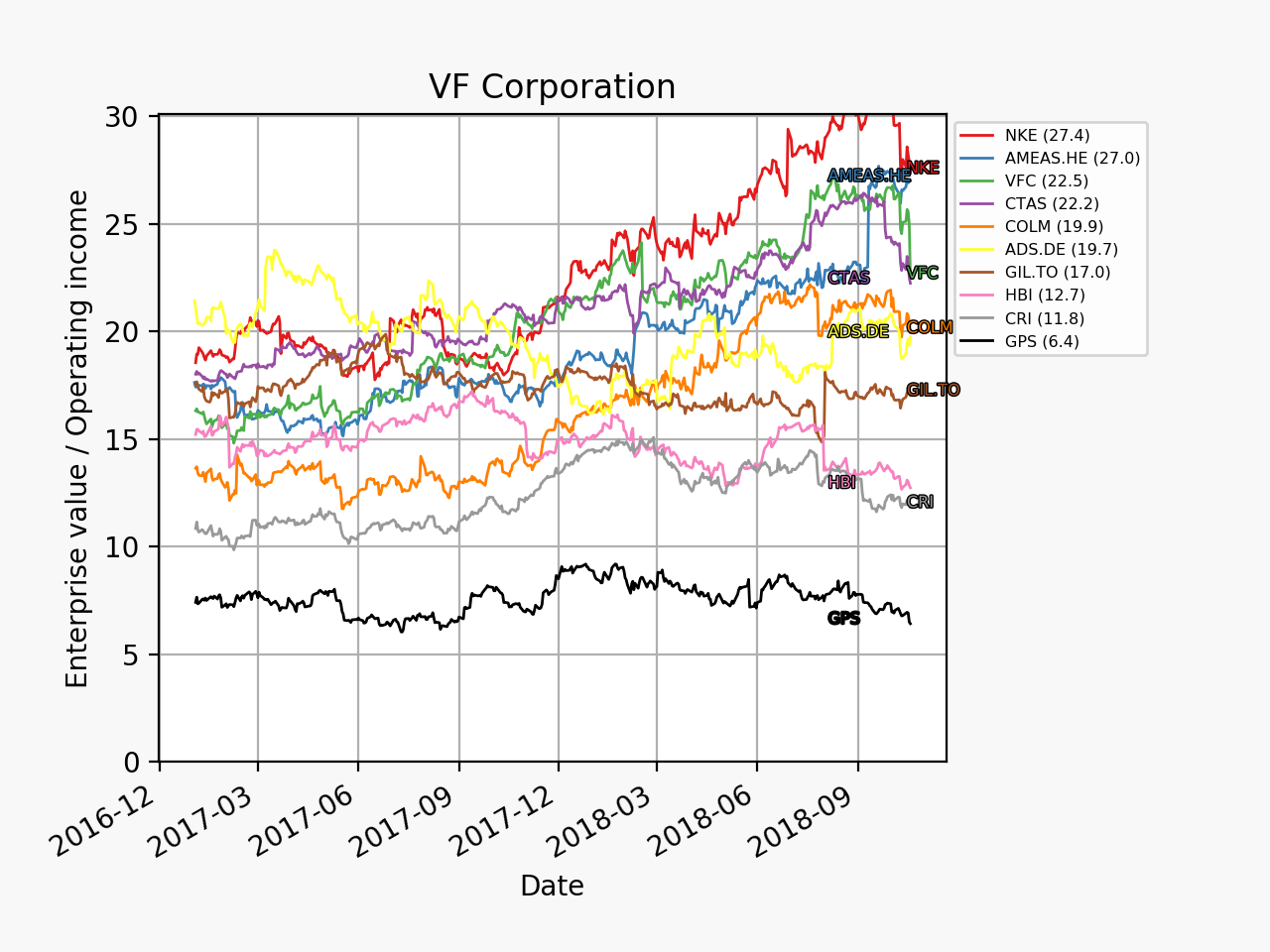 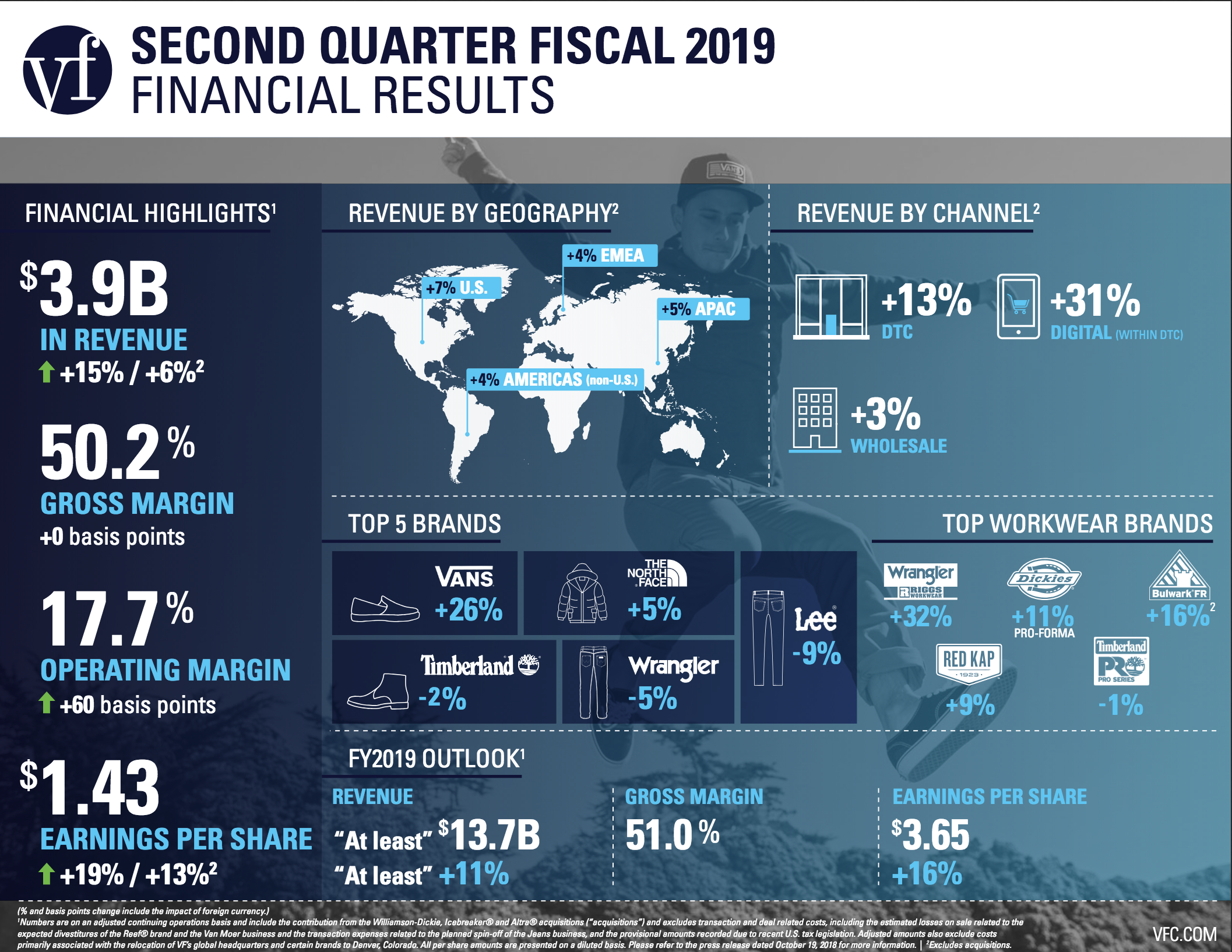 The growth was largely driven by the pharmaceutical segment and in particular oncology drugs (Zytiga®, Imbruvica® and Darzalex®). Other of the drugs driving the growth are Tremfya®, Trinza®, Simponi®, Opsumit® and Uptravi®.

The figures below summarise the Q3 results for each geographic segment, each product segment and for selected pharmaceutical drugs in a historical context. 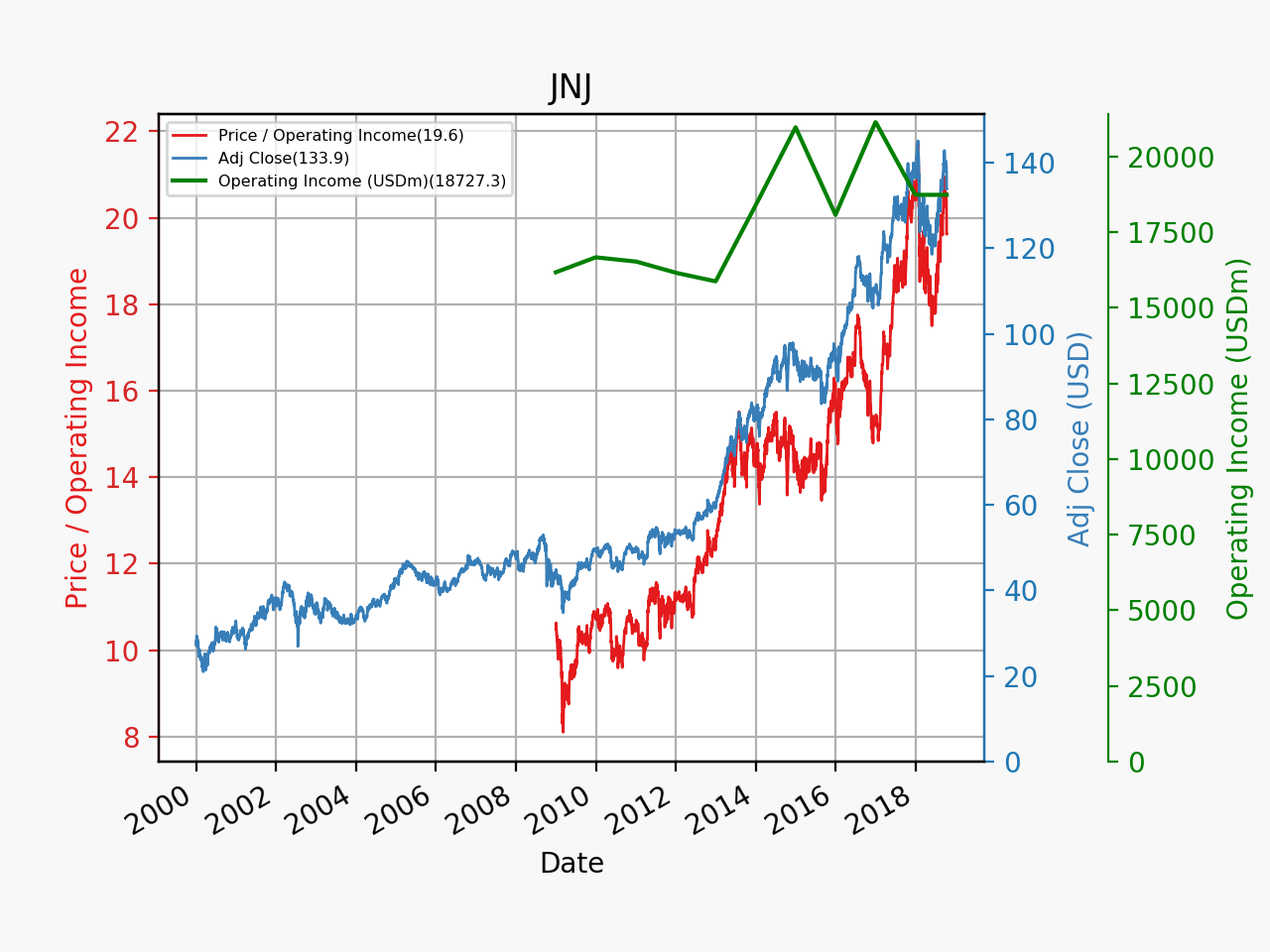 Today Ely Lilly (LLY) announced the positive results on a phase 2 diabetes drug of theirs (LY3298176) via a publication in The Lancet, a presentation at the annual meeting of the European Association for the Study of Diabetes (EASD) and the press release below:
Lilly’s Investigational Dual GIP and GLP-1 Receptor Agonist Shows Significant Reduction in HbA1c and Body Weight in People With Type 2 Diabetes

The share price of Eli Lilly went up by 4% in an otherwise sour market and that of Danish rival Novo Nordisk (NOVO-B.CO) plummeted some 7-8%. The multiples and market capitalizations of the two companies were sent further in opposite directions. 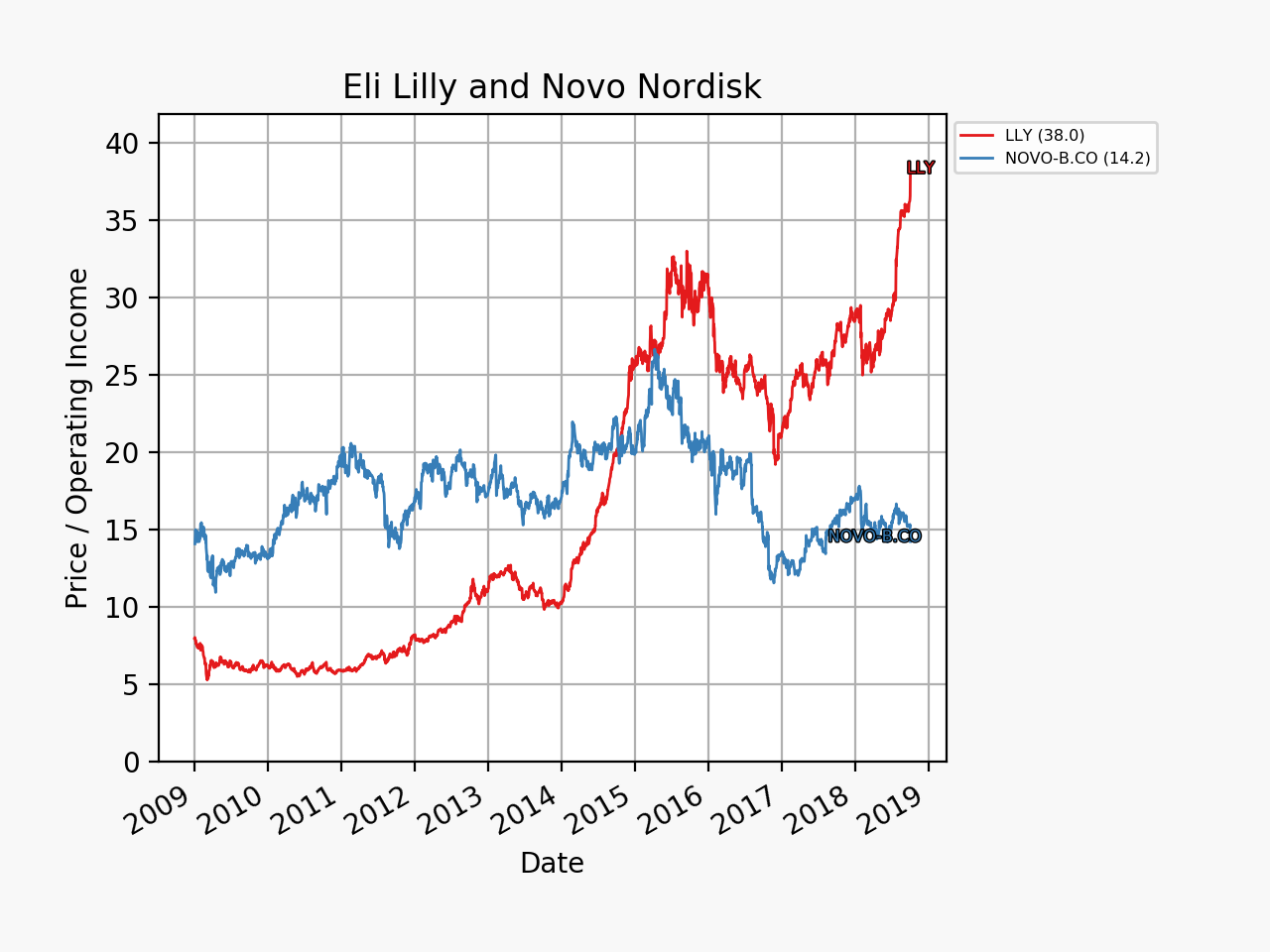 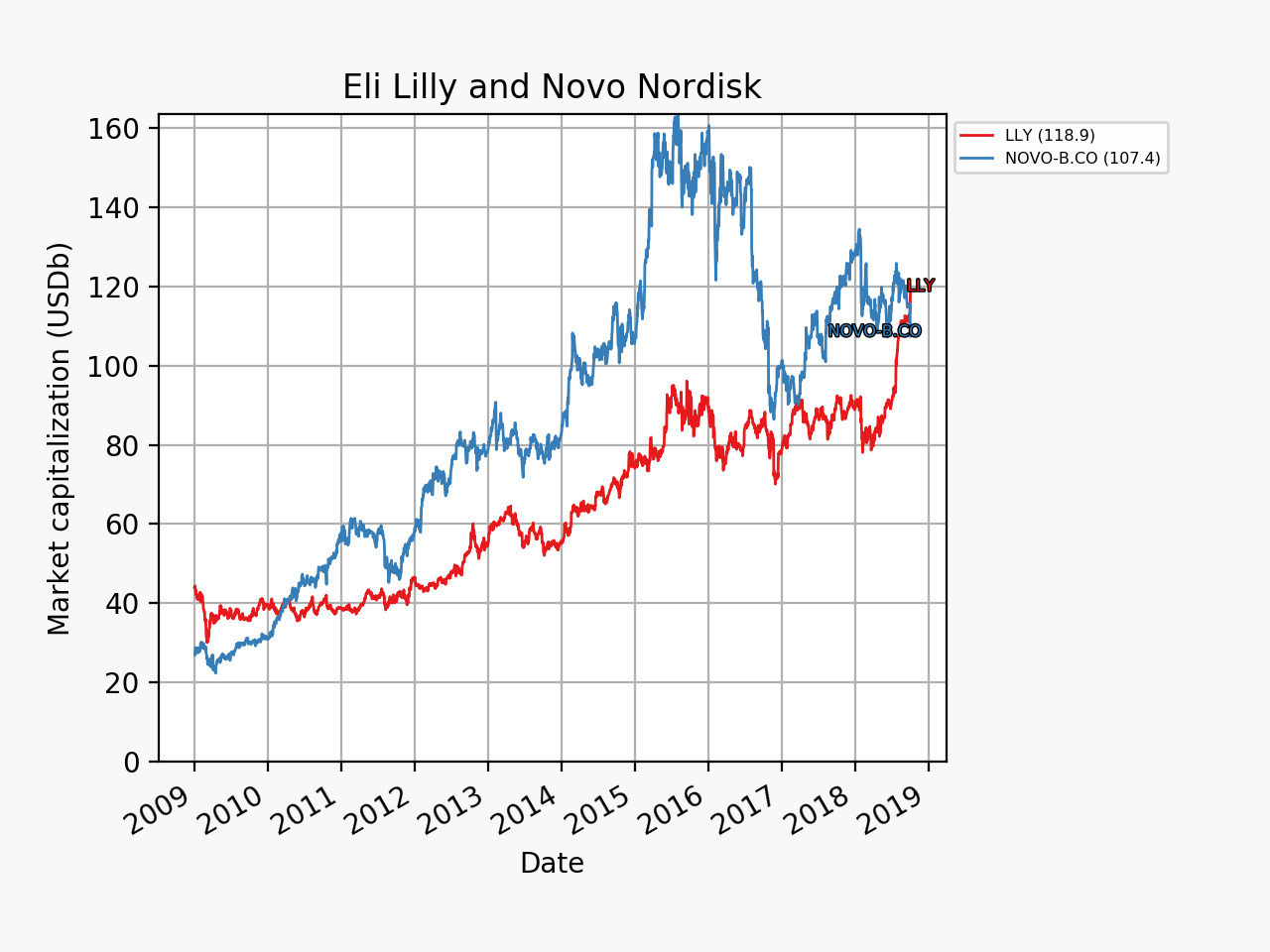 The market movements were caused by the positive results on the phase 2 drug candidate LY3298176. It is a peptide and an incretin and a dual GIP/GLP1 receptor agonist. 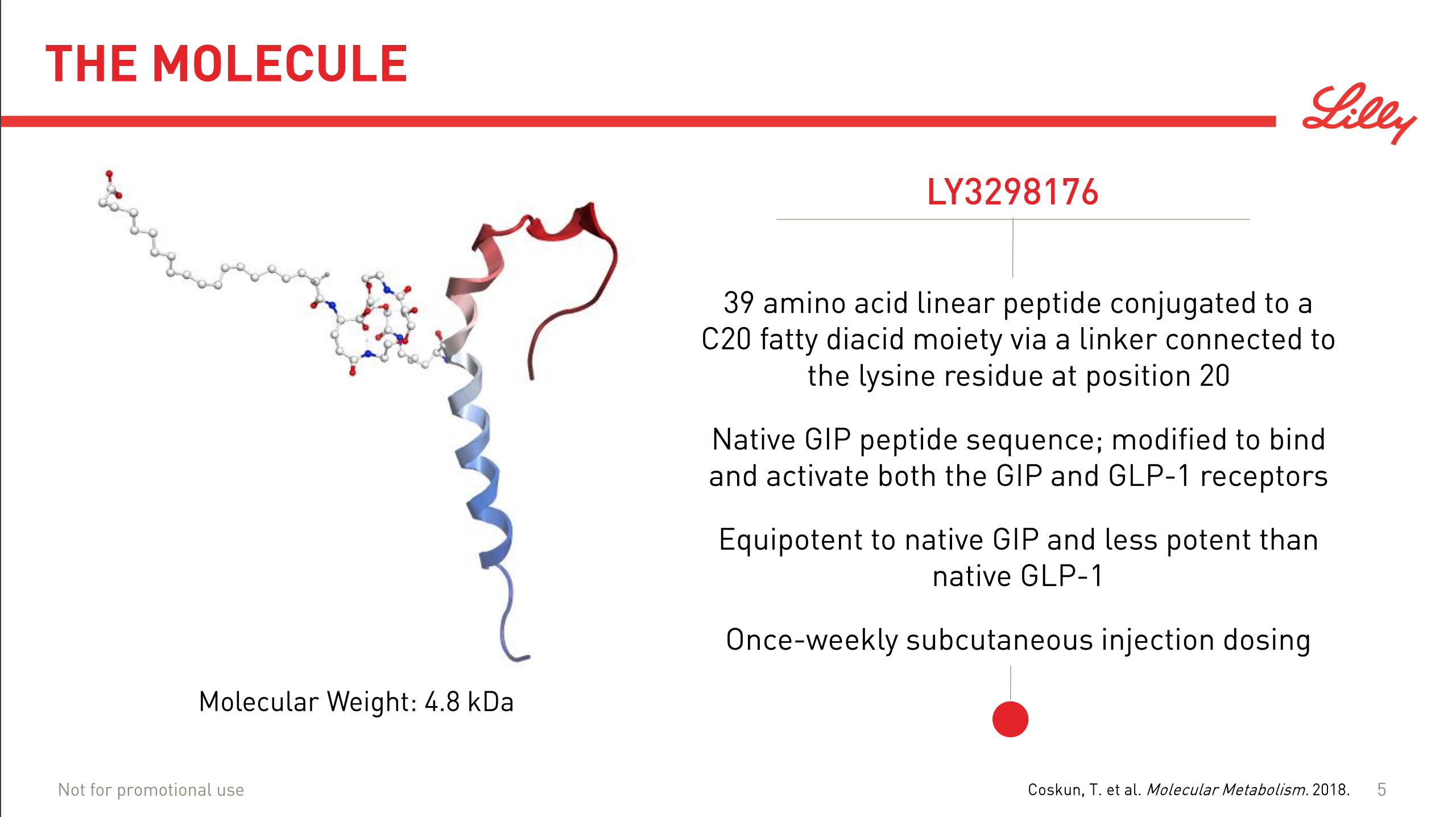 The GLP1 class of antidiabetic drugs is growing at a fast pace (green line in the figure below).

And Lilly and Novo have the vast majority of the market share as evidenced by the Q2 sales figures and Q3 prescription numbers below. 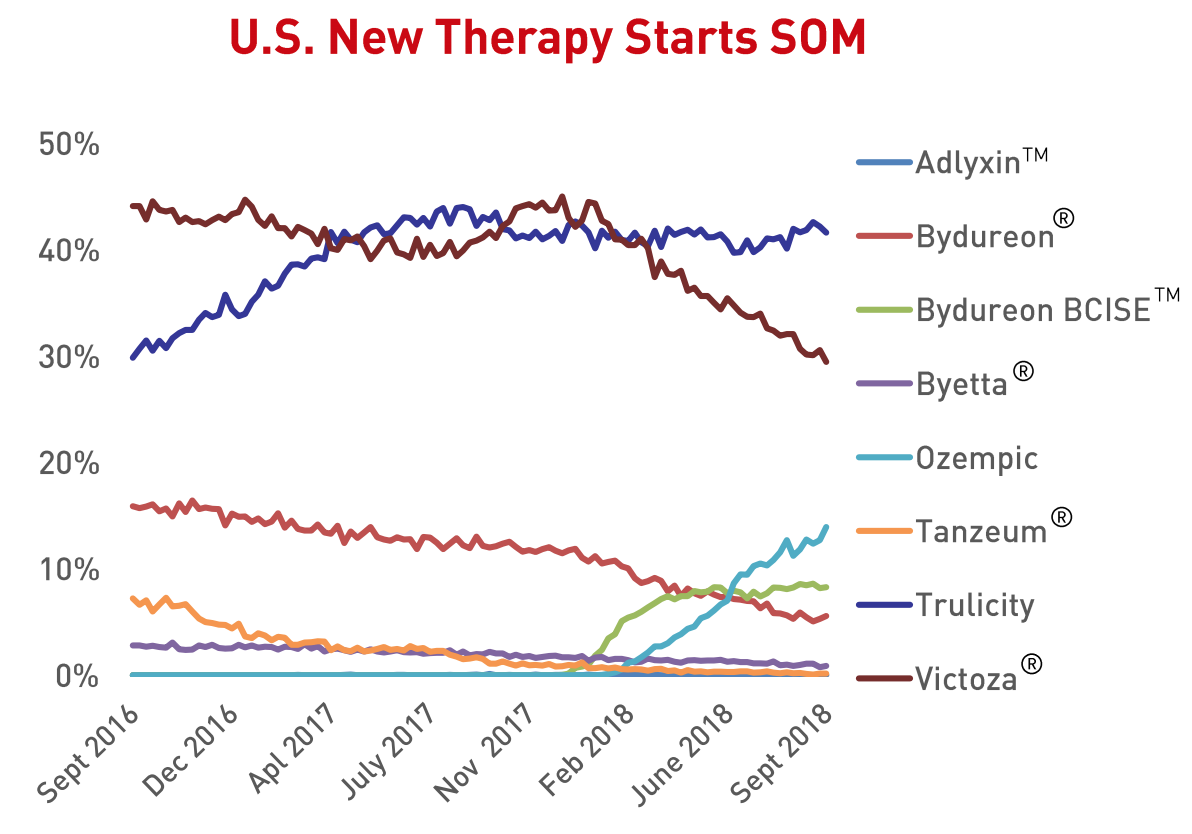 It is never appropriate to compare across studies due to different doses, different study designs, different patient groups and other confounding factors, but in the table and figures below are comparisons of the dual agonist LY3298176, Trulicity® (dulaglutide), Ozempic® (semaglutide) and oral semaglutide.

Today Lilly presented their results from a 26 week trial and showed their phase 2 drug at doses of 5mg and higher to be superior to their own Trulicity® (dulaglutide) at a 1.5mg dose in terms of HbA1c reduction and weight loss. 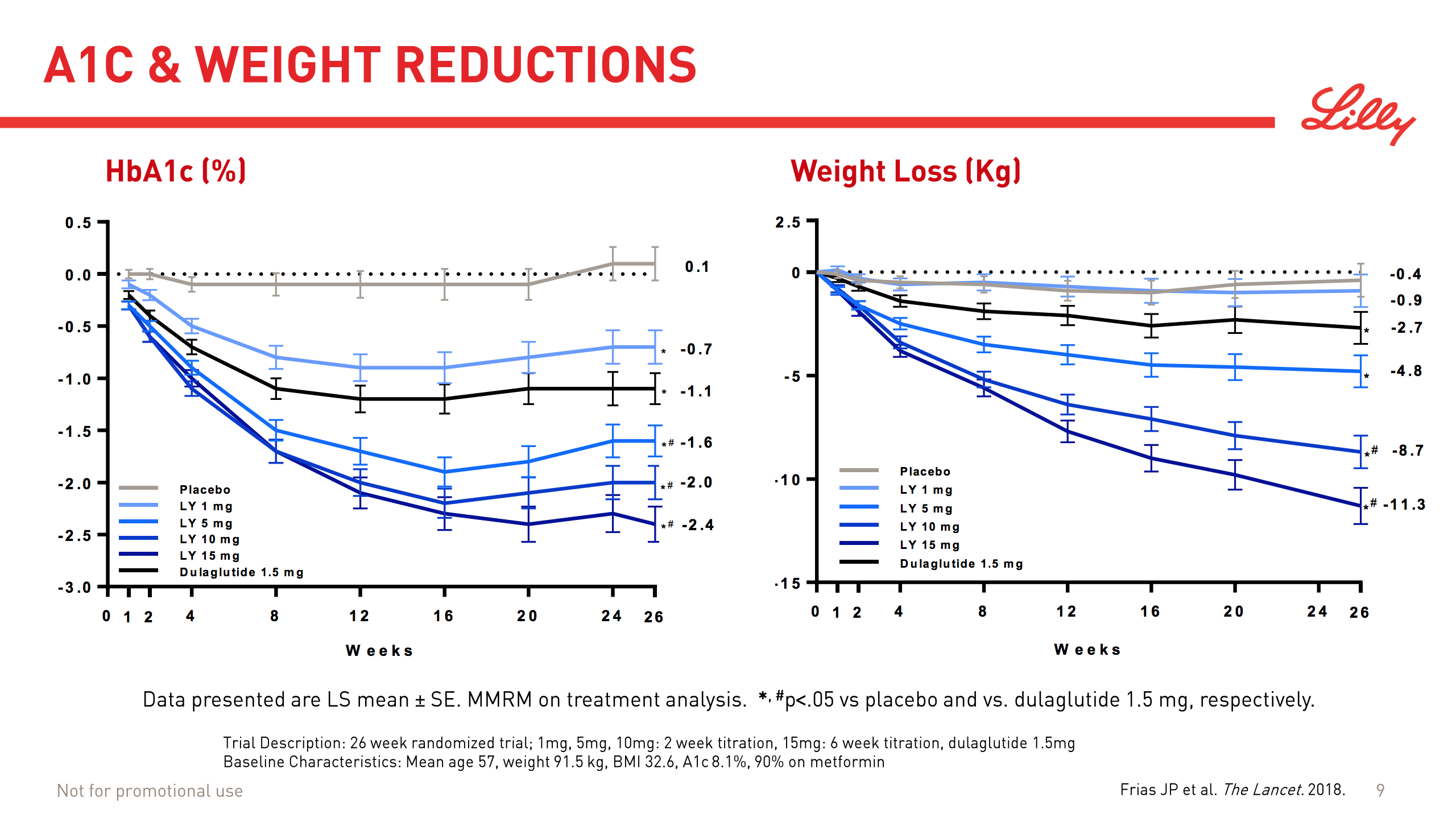 The SUSTAIN 7 study by Novo showed semaglutide (0.5mg and 1.0mg) to be superior to dulaglutide (0.75mg and 1.5mg) in terms of HbA1c reduction and weight loss after 40 weeks. The figure below is from Pratley2018.

The figure below summarises all of the SUSTAIN studies and it is from Overgaard2018.

The phase 2 obesity trial on semaglutide showed an even greater weight loss than that observed with the new dual agonist from Lilly, but the trial ran for 52 weeks as opposed to the 26 week Lilly trial.

The dosis is important, since the dual agonist is inferior to dulaglutide at lower doses. As written in the press release “the most commonly reported side effects were gastrointestinal-related, and dose-dependent. These events included nausea, diarrhea and vomiting.” An analyst asked on the Lilly conference call today, whether the higher doses are workable. The answer was that it remains to be seen during phase 3.

Phase 3 will also involve the SURPASS 2 study, which will be a comparison with semaglutide (Ozempic®), and it is expected to finish before 2022. 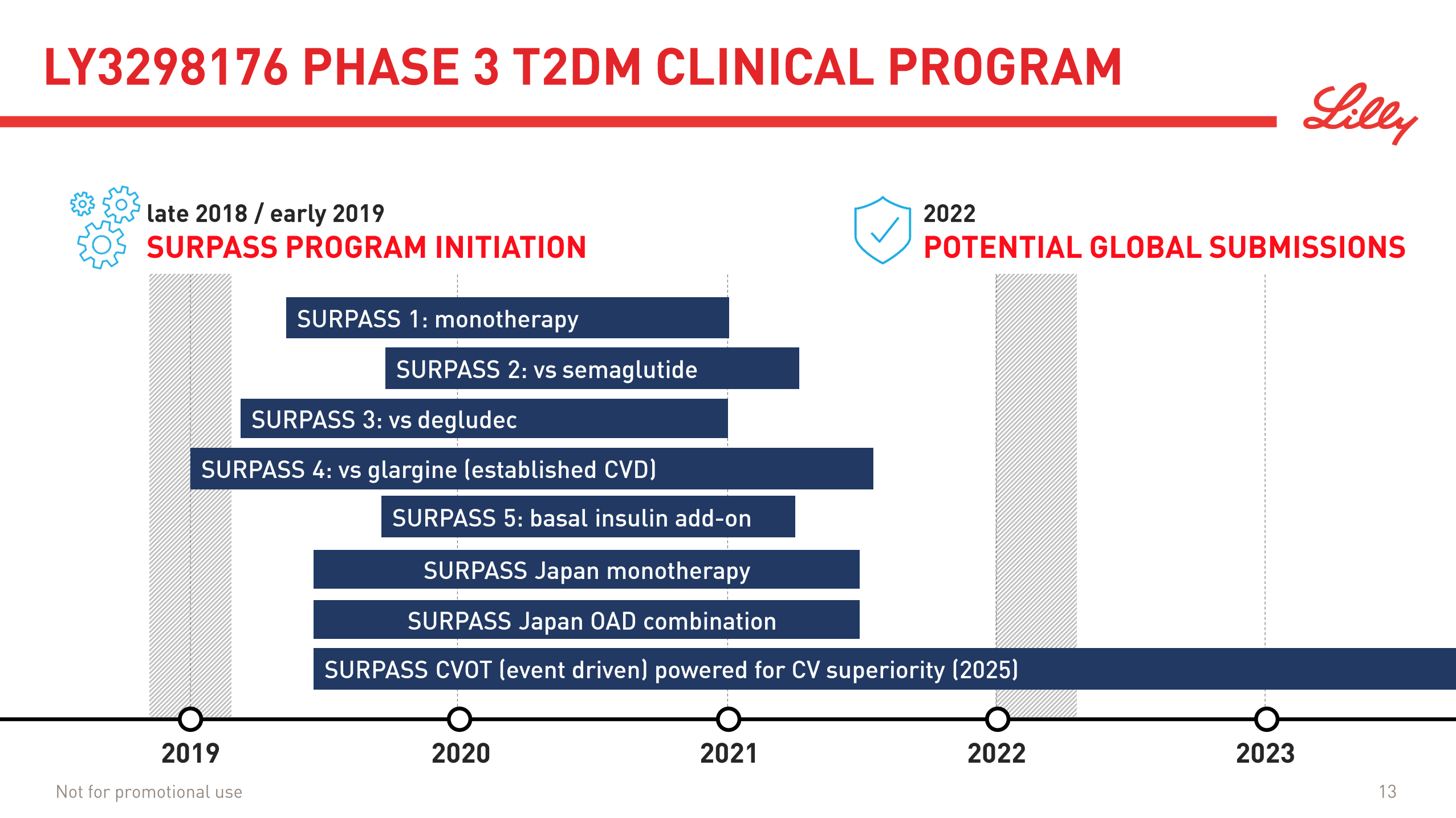 It is also worth noting, that Novo Nordisk on August 17th announced the acquisition of Bristol based Ziylo in an effort to develope glucose responsive insulin, which would reduce the risk of patients overdosing with insulin.

In conclusion it is probably much too premature to call it game, set and match. It is however quite certain, that the innovation of drugs and devices will continue and the best days for diabetes patients around the world are still ahead.

1/2 $LEVI Levi Strauss "accelerated the deployment of several omni-channel initiatives including virtual concierge, ship from store, buy online pick up in store, and continued the roll out of its mobile app and loyalty program to augment its DTC business." https://twitter.com/Reuters/status/1280665420593352704