The net margins at Netflix are single digit and the P/S multiple is well above 10, which means the P/E multiple is a triple digit. Does that mean it’s time to short Netflix? 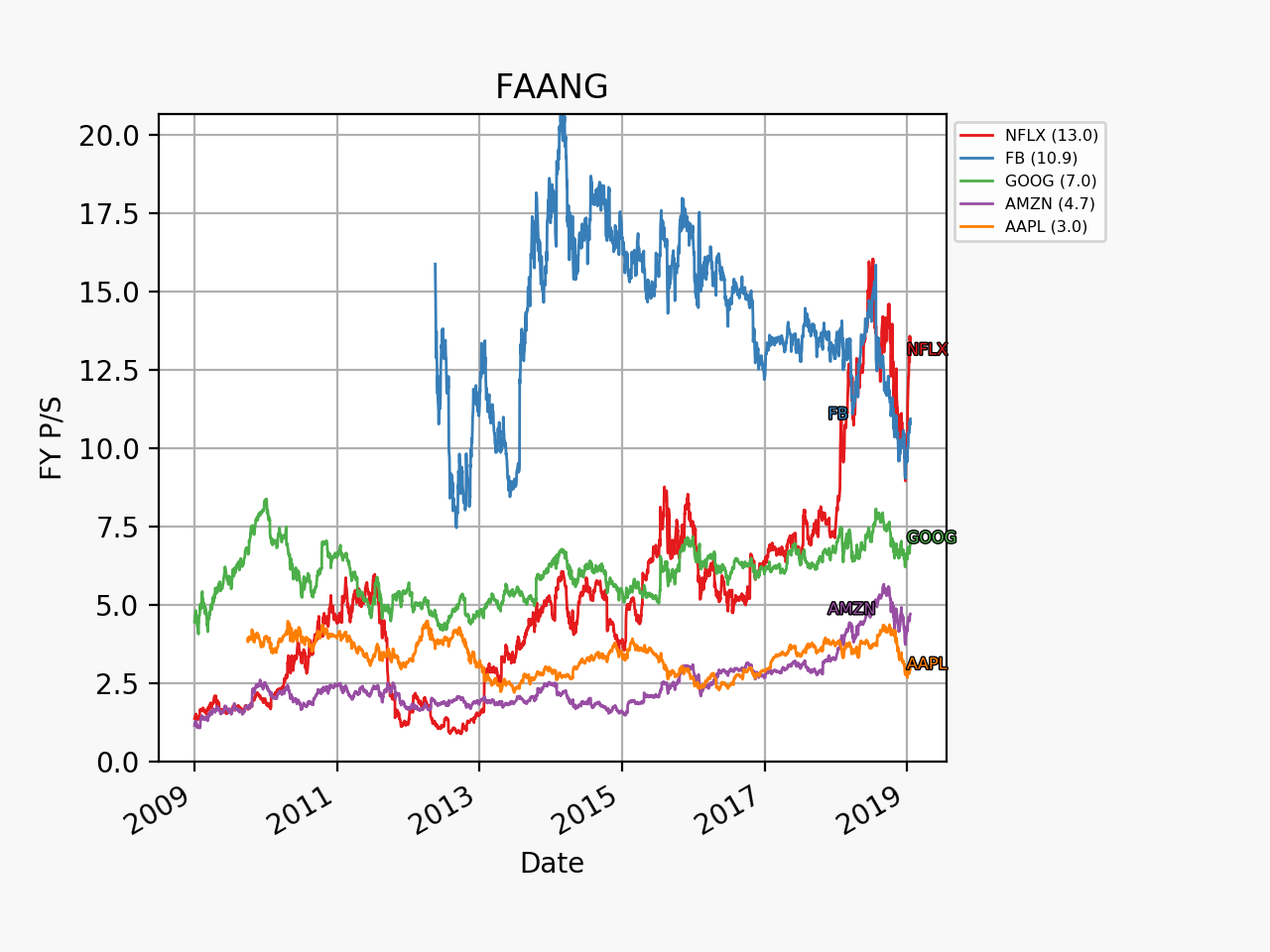 I don’t think it’s time to short Netflix, until the exponential growth outside the US begins to decelerate (new memberships 2016: 13.7M, 2017: 16.6M, 2018: 22.9M) and/or the more linear growth within the US comes to a halt (new memberships 2016: 4.5M, 2017: 4.9M, 2018: 5.7M). So far that hasn’t happened yet; see the figures below. I think the market will stay irrational, until that happens. The multiples might even expand further in the meantime. Does that mean I’m buying Netflix? No, I think the future cash flows for the foreseeable future are mostly priced in.

Netflix has had lots of tailwind and if they are able to raise prices without the growth slowing, then that will blow them further and faster ahead of the rest of the pack. But Disney pulling their content from Netflix will be a massive headwind and could very well act as a speed bump on the road.

CNBC 2018Nov08: Disney’s new Netflix rival will be called Disney+ and launch late 2019
CNBC 2019Jan18: Disney is already losing over $1 billion in streaming, and its Netflix competitor has yet to launch